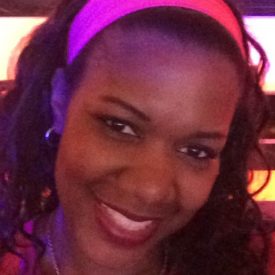 T’Shon Young is the Club Director for the Aces VBC.  She began her volleyball career at Jennings High School as an outside hitter. She also played club for Team Momentum and later Kirkwood Volleyball Club.  After graduating in 1999, T’Shon was recruited and played at Lindenwood University in St. Charles, Missouri.    She began coaching high school volleyball as an assistant at Jennings High School in 2002 then took over as head coach in from 2006 through 2011.  T’Shon switched roles and became a volleyball official from 2011 through 2013 for the Missouri State High School Activities Association (MSHSAA).  In 2015, T’Shon was hired as the Head Women’s Volleyball Coach at Harris-Stowe State University.  Currently she is the Coordinator of Athletics and Activities at Clayton High School in Clayton, MO.  T’Shon is married to Jaron Young, Head Women’s Basketball Coach at Lewis and Clark Community College.  They have two kiddies, Lauren Young (15) and Landon Young (8).