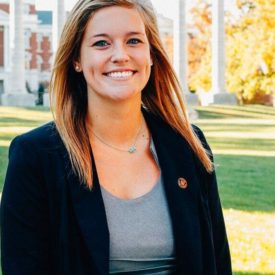 I started playing volleyball in 2009 for St. Rose Philippine Duchesne when I was in 6th grade. From 2010-2011 I played for the Attack Volleyball club, as well as for St. Rose before moving to the Aces where I played from 2012-2014. At the same time I also played on the Varsity Volleyball team for Marquette Catholic High School from 2011-2015 and I was honored to be their captain my senior year. I graduated Marquette in 2015 and then spent the last four years at Mizzou. At Mizzou I double majored in Finance and International Studies, was involved in several clubs and organizations, as well as I played intramural volleyball for my sorority Zeta Tau Alpha. After graduating in May, I now work at an finance firm in Clayton named NISA investments. I am excited to continue my volleyball journey as a coach this upcoming season!