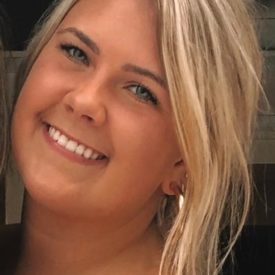 This will be Sam’s second season coaching for the Aces Volleyball Club.  Sam comes to us with many years of playing experience in cyc, club and high school.  Sam began playing volleyball at the age of 9 playing CYC volleyball for St. Norbert’s from there at the age of 12 she tried out for the Aces Volleyball Club making the team and played for us for the next 5 years.  She  attended Incarnate Word Academy where she played high school ball..
Sam is a junior at UMSL studying psychology. where she plans on using her major to become a pediatric therapist. Sam is looking forward to her first year of coaching and hoping to be with the Aces for years to come.