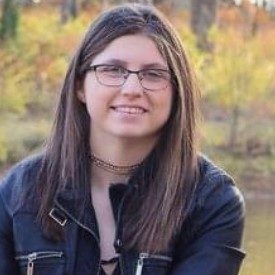 Alyssa Dougherty will be starting her 2nd year of coaching with Aces Volleyball. She was previously the U13’s assistant coach which she loved working with the girls and is looking forward to continue her coaching career with the 16’s.

Alyssa started playing volleyball at the age of 9 playing CYC ball for Holy Spirit and played until she was 13.  At the age of 12 she tried out for the Aces and made the team she continued to play for the Aces until after her 16’s season.  The majority of her time playing for Aces was spent with Lloyd as her coach and she is looking forward coaching with him.  Alyssa went on and played for Power Hitters at 17’s and then for TESL at 18 which she helped her team to taking second in gold at the Gateway regional championship.

Alyssa is a 2018 graduate and has extensive playing experience for her high school.  She played all four years and three of those years was spent playing on the varsity team.  Alyssa had the chance to play many positions for her high school mostly the front row.  Her high school team won back to back district championships her Junior and senior year.

She went on to play collegiately at Blackburn College in Carlinville, IL where she was a right side hitter/serving specialist.  She finished her freshman year as the #4 server in the NCIA Division.

She has since changed her degree focus and is planning to continue her education in we/graphic design.