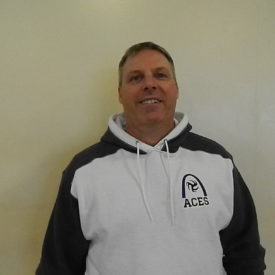 This will be Sean’s 3rd year coaching with the Aces Volleyball club. He has previously coached for both the Adrenaline and St. Charles Stars VBC. He has 5 years of coaching club volleyball and over 16 years of coaching CYC sports, most notably boys and girls volleyball. Many of the players Sean has coached have went on to play college volleyball after club. Sean is passionate about working intently to get the best out of each player while striving to ensure the team executes as one. He looks forward to another fun and competitive year.