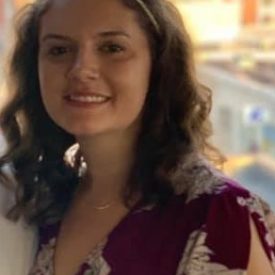 Coach Katie Hall has been a member of the Aces Volleyball Club for the past 17 years. This upcoming season will be her 13th year as either a coach. She played for the Aces for four years, and for the past 10 years, she has coached and has been an active member of the club’s board of directors. Katie has played since she was 9, starting as a CYC player, which she played until she was 14. She started playing club ball when she was 13, playing for the Hazelwood Hitters for a year, and then the Aces for 4 years. Katie played for McCluer North High School, where she helped them win districts her junior year, and was named to the All District team. Her senior year they came in second that year she was select for the All District and All Conference team. She played one season for Florissant Valley Community College until an injury stopped her from playing. Today she plays on a women’s league and a sand volleyball co-ed team. Katie feels that coaching is her way of teaching players what it is to be a volleyball player and a great teammate both on and off the court.